How to Improve an Older Auto

Castors are small wheels attached to the front support of a wheelchair base to offer forward, sideways, and backward mobility for users. Castors can either be mould, wire, or solid wheel type. Castor wheels are either pneumatic or non-pneumatic depending on user preference. Even though innovation in design and development of wheelchair castors has come a long way, improper installation can result to bumpy wheels, shimmying, or a tendency to move from side to side in a phenomenon called castor flutter. This article highlights some top facts about castor flutter and how wheelchair users can solve the problem.

Shimmying -- When a wheelchair moves at high speed, the castors will tend to move sideways to the point of even toppling over the wheelchair's occupant. If properly designed and installed, castors should not cause any side movement at normal riding speeds. However, when wheelchairs are used for sports where speed is critical, the movement can be noticeable.

Adjustment of Forks and Stems -- During wheelchair maintenance, some modifications are made such as footplate adjustment, wheelbase height, and tyre size among others. The corrections should not affect the castor forks and stems, which support the castor wheels. Disturbing these parts can cause misalignment in the castor wheels thereby leading to castor flutter. Therefore, make sure that forks and stems are realigned to the original vertical position. If there are any noticeable bends or damage to these parts, have them repaired before fitting.

Trueness of Castors -- A measure that determines the movement of castor wheels concerning wheel shape is trueness. A castor is considered true if its lateral movement does not deviate from the centre at high tolerances. For instance, distortions and warping of the castor can cause the wheel to be untrue since it will depart from the standard lateral movement, and thus, lead to castor flutter. As such, wheelchair users must make sure that the castors are perfect (true) in shape before installation.

Swivel Section -- Loose swivel section can cause castor flutter because of excessive vibrations. During repairs and installation, tension can be improved in the swivel axis by adding washers to joints. You should also consider changing the castor material to a compound that increases friction. Increasing the length of the swivel lead will reduce the force that causes the flutter problem.

Weight and Size -- When castor wheels are heavy, they are likely to cause castor flutter than their lighter counterparts. Small wheels are preferable because they prevent wobbling even at lower speeds. However, small tyres can be problematic when it comes to navigating over bumps and rough terrain. Therefore, wheelchair users should strike a balance between the size of castors and their functionality. 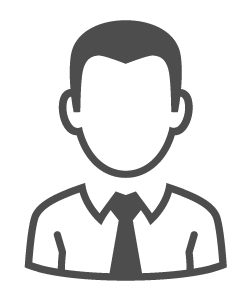 Yo! My name is Eric and I live and work in the city of Perth, Australia. I don't earn a lot of money working in a small office, so I don't have the capital required to buy a brand new car. Ever since I passed my driving test, I have been reliant on second-hand vehicles. At first, I found driving old cars kind of depressing. However, one day, I met a great mechanic who gave me some tips about the things I could do to improve an older auto. Since then, the second-hand cars I drive always look and perform great.